The Saudi Interior Ministry announced , in the morning of the second day of January 2016 , it had executed a number of defendants of Riots and terrorist attacks and destabilize security and stability within Saudi territory including the most prominent Shiite cleric (Nimr Baqir al-Nimr) accused of calling for the establishment of Islamic rule conditioned with velayat-e faqih and encouragement to the riots in the State of Bahrain and the Eastern Province of Saudi Arabia and his support for many of the terrorist attacks which targeted important places and headquarters within Saudi cities, most notably the city of Riyadh.
One of those who was executed ( Faris al- Shuweil) known as Abu Jandal Azdi, who took the responsibility of the theorization for al-Qaeda and the issuance of researches and studies in support of the organization and its operations .
and for us to read the process of implementing the verdicts according to the following spheres and angles :
1. Decisions came to confirm the fact of the realistic outlook that characterize the Saudi leadership towards of terrorism and that it does not belong to specific community or group, but terrorism is one no matter how their headlines or trends, and affiliations are different , so judgments included those who threatened the security and safety of Saudi territory away from religious and sectarian affiliations.
2. Saudi decision reflects the fact of the cohesion of the internal front in Saudi Arabia and taking notice of the Saudi people about his leadership and indicating of the the well-being and the strength of the security services in the Saudi Kingdom.
3. The decision is characterized of boldness and courage in the face of challenges that accompanied the arrest of the accused and the stages of the interrogation process and the decisions that were sentenced and the regional interventions that called on the Kingdom to stop the verdicts against them, especially (Nimr Baqir al-Nimr) .
4. The decisions of the implementation of judicial rulings against the accused had reflected the fact of the Vision owned by the Saudi leadership in dealing with the events and choose the right time for implementation to suit the conditions prevailing in the region.
5. Bold and important decisions related to the internal situation in Saudi Arabia, where a prominent religious figures embrace the doctrine of Shiite certainly will lead to a strong and varied responses , however the Saudi leadership went on in the implementation process and considered it an internal matter.
6. Saudi Arabia assured by these procedures of the depth of what it was enjoyed of the concept of internal sovereignty and gave a clear message and realistic indications and important signals that everyone should know and understand that the leadership of Saudi Arabia will not allow any interference in their internal affairs and the targeting its national security and the safety of its citizens life .
7. the process of implementation of judicial decisions were accompanied by heavy Iranian remarks on the lips of the official Iranian Foreign Ministry spokesman (Hussein Jaber Ansari) who stressed that Saudi Arabia (will pay a heavy price for the execution of Al-Nimr) and these remarks were considered a serious development in Saudi Arabia – Iran relations .
8. It is possible that some areas of Saudi Arabia will witness many of terrorist acts or hostile demonstrations motivated an encouraged by some circles that seek to undermine the security and order within the Kingdom and escalation of sectarian situation in it . This was confirmed by Mohammed Al-Nimr , brother of the executed ( Al-Nimr) when he pointed out that everyone should enjoy the tranquility and to express their rejection to the process of the implementation should take the peaceful dimension away from the problems and disorders.
9. the process of implementation of judicial rulings of Saudi Arabia, at the level of neighboring countries, especially Iraq will see reactions that may reach the level of confrontation by military militias stationed in Iraq to launch a number of guided rockets from inside Iraqi territory towards the depth of the Saudi territories and hit specific objectives.
10. The demands by some Shiite Iraqi leaders and organizations to the closure of the Saudi embassy or doing protests around the embassy, it is possible to work out the matter and lead to storm it if the groups who are calculated to the militias take part in .
11. the nature of the regional protests and denunciations , which came After the implementation of the verdicts are all characterized by its sectarianism and calling for intervention in the nature of the internal decision taken by the Saudi Kingdom and its judicial and executive agencies to strengthen its internal security state and the preservation of national security.
Saudi decisions are started to be characterized by the seriousness and realism based on solid will and the internal strength which is seeking to prove the truth of the Arab , regional and international influence enjoyed by the Saudi leadership, and this is what has been touched by everyone starting from its formation of the leadership of Arab coalition and then the announcement of the leadership of the Islamist alliance, and most recently the strategic cooperation with Turkey. 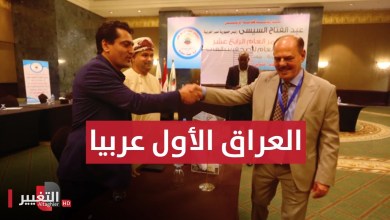 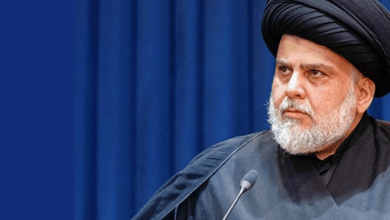